“The actions of the Trump presidency revealed the dishonorable fact of the president’s betrayal of his oath of office, betrayal of our national security and betrayal of integrity of our elections,” Pelosi said in remarks to the nation.

“I’m announcing the House of Representatives is moving forward with an official impeachment inquiry,” Pelosi announced on Tuesday. “The president must be held accountable. No one is above the law.”

This came after the US president admitted that he ordered Ukrainian President Volodymyr Zelensky to conduct an investigation against 2020 presidential hopeful and former vice-president Joe Biden and his son Hunter Biden.

Pelosi announced the inquiry after huddling with key House committee chairs, the Democratic leadership team and finally her entire caucus. Her change of heart on the issue came quickly. The speaker has long called impeachment “divisive” as her party tries not to rile up Republican voters ahead of a 2020 election in which Democrats hope to keep their House majority and deny Trump a second term in the White House.

Trump also said that the investigation amounts to a “witch hunt.” 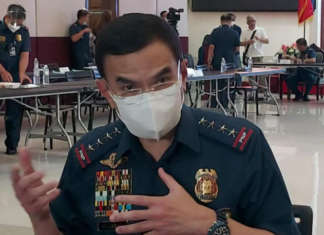