Based on the survey conducted last September, 78 percent or +65, of adult Filipinos expressed satisfaction with the performance of Duterte as the country’s Chief Executive, a two percent dip from last June’s 80 percent or +68.

Presidential Spokesman Salvador Panelo said that considering the national sampling error margin at plus/minus 2.3%, they consider the dip in satisfaction as insignificant.

According to Panelo, in fact the independent pollster classified Duterte’s June and September ratings as “very good.”

Panelo added that, “while the President would simply shrug off his survey numbers, saying he is not interested in any popularity contest relative to his governance because with or without a soaring satisfaction rating, he is unaffected and will just continue to do his constitutional task of serving and protecting the people even at the loss of his life, liberty and honour.”

Panelo asserted that it is indisputable that the Filipino people remain enamoured with President Duterte, as well as in his policies and actions of governance, to the consternation and envy of his incorrigible critics and detractors.

“As payback to our people’s outpour of affection to PRRD, the Office of the President calls on everyone in the bureaucracy to remain tireless and hardworking in the service of the nation as we continue to build President Duterte’s legacy of building a nation where Filipinos are comfortable, safe and secure,” Panelo added. 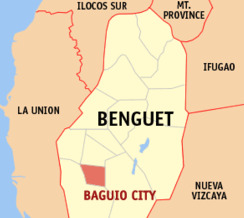