President Rodrigo Duterte left for Beijing this afternoon for the Second Belt and Road Forum for International Cooperation from 25 to 27 April upon the invitation of President Xi Jinping.

About 3:35 earlier when the president’s delegation took-off from Villamor Aibase in Pasay City and expected to arrive in Beijing early tonight.

According to the departure message from Office of the President (OP), the presidentâ€™s participation reaffirms the Philippinesâ€™ commitment to work with partners in the region to further enhance regional connectivity and economic integration in order to advance the countryâ€™s development agenda and sustain regional growth and development.

The President, together with over 35 Leaders and heads of international organizations, will discuss, among others, how to boost connectivity, further strengthen policy synergy and build closer partnerships, and promote green and sustainable development.

The statement stated that the Forum will be an opportunity for the Philippines to explore synergies on connectivity initiatives that includes projects under the BRI, and the countryâ€™s Build, Build, Build and other development programs.

During the pre-departure pres briefing in MalacaÃ±ang, the Department of Foreign Affairs (DFA) said that the president will meet with President Xi Jinping and Premier Li Keqiang to take stock of key developments in bilateral relations and regional affairs.

On April 27, the president is one of select leaders who will meet President Xi and Premier Li separately and will be honored with a dinner.

Before the Forum, the President will likewise meet Filipino and Chinese business leaders to explore ways of further enhancing two-way trade and investments.

The president is expected to return in the Philippines on April 28.

Duterte made the statement following confirmation of Western Mindanao Command to the presence of hundred of Chinese vessels belonging to China maritime militia around Pag-asa Island.

â€œNo, Iâ€™m trying to tell China, â€˜yung Pag-asa is ours. We have been there 1974. Kung inyo â€˜yan, bakit hindi ninyo pinaalis kami? So let us be friends but do not touch Pag-asa Island and the rest. Otherwise â€” otherwise things would be different,â€ Duterte said. 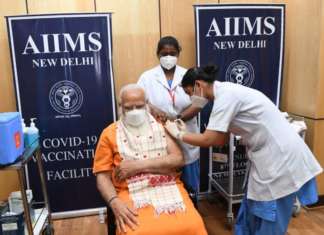 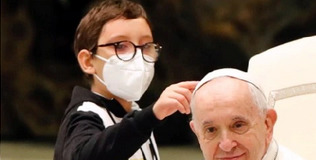