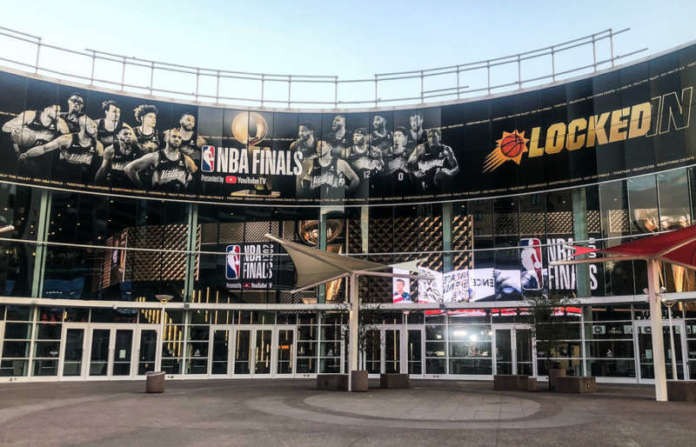 Dawn will come for the NBA as a new champion will be named after this season.

Drought will be over in one of the two finalists, the Phoenix Suns, and the Milwaukee Bucks.

The Suns, led by 16-year veteran Chris Paul and fellow all-star Devin Booker, made the franchise reach the Finals for the first time since 1993. Will they be the ones to bring the first-ever championship in Phoenix?

Meanwhile, the Bucks are back on the finale with the eyes on capturing the title after five decades of drought.

This matchup is exciting.

Chris Paul will be battling Jrue Holiday of the Bucks, an elite two-way player.
Can Holiday hold Paul’s scoring and dishing prowess? A big question.

Devin Booker vs. Khris Middleton. Who is the better firepower? This two all-star have proven their worth in the playoffs. But who will better come to the NBA Finals?

With two-time MVP Giannis Antetokounmpo still with no definite timetable for return, can Lopez and Portis contain the former No. 1 overall pick who’s having an impressive playoff run?

INJURIES is the biggest story of the Finals. How long can the Bucks go on the war without their franchise player, Giannis Antetokounmpo?

On the other hand, the Suns are healthy in time for the most extensive series of the career yet.

How will the Suns take advantage of the Antetokounmpo-less Bucks?