Following the series of devastating earthquakes in Mindanao, the death toll has risen to 22, with around 432 seriously injured and 2 people still reported as missing.

The last victim was identified as Melecia Jamero Siega, 67-years old, a resident of Makilala. Debris fell on Siega after a 6.5 magnitude earthquake rocked the region on October 31, according to the National Risk Reduction and Management Council (NDRRMC).

A total of 28,951 infrastructures have been damaged whereas 21,029 were totally damaged and 7,922 were partially damaged.

The Department of Health (DOH), Department of Social Welfare and Development (DSWD) and Office of Civil Defense already responded to the most pressing needs with almost P24.3 million worth of assistance.

NDRRMC said that injured people were reported in the following areas:

The epicenter of three consecutive earthquakes was found in Tulunan, Cotabato when a 6.3 magnitude tremor struck the city on October 16. While a magnitude 6.6 on October 29 and magnitude 6.5 on October 31.

(With reports from Bombo Jovino Galang) 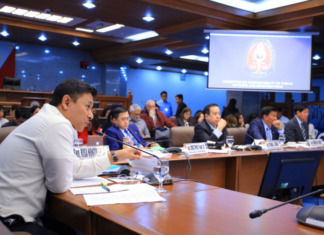