“I was gone for a while,” ani Smith. “Being somebody who has been around the league predominantly for most of their adult life, when that’s taken away from you, it kind of gives you that culture shock. You obviously don’t understand what you’ve lost until it’s gone. I just want to appreciate the moment for what it is, and whether it be next year or never again, I just want to enjoy every possible moment that I get.”

“I think this is really a great story,” sambit ni Vogel. “When you look at a guy who could potentially be out of the league and was a starter on a Finals team a couple years back, a champion, for him to have the perseverance to stay ready and give himself this opportunity, I think is to be commended.”

“Hey, his nickname is ‘Swish’ for a reason, right?” ani Vogel kay Smith. “He’s a shot-maker, a big-time shot-maker. I think he’s really going to help us.”

“There’s people that are not going to know how to deal with it,” wika ni Smith sa pagiging competitive ni James. “It comes off in the wrong way sometimes, and you need that bridge as a player to be able to go to the next player and be like, ‘Listen man, it’s nothing personal. (It’s not about) who was right, who was wrong.’ It’s just a good balance, I think, between myself and him, because he knows just as well he can challenge anybody else, I’ll challenge him, and vice versa.” 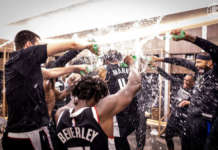 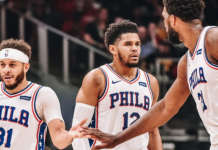 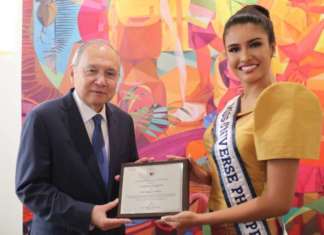 IMAGE | (L-R) PH Ambassador to the United States Jose Manuel Romualdez and Rabiya Mateo/Photo by PH Embassy in the USA,...