Trade Union Congress of the Philippines President and TUCP Partylist Rep. Raymond Mendoza, chairman of the House Committee on Overseas Workers Affairs will hold a committee special meeting on Monday, January 13, 2020 to investigate the killing of OFW Jeanelyn Villavende and assess the Philippine government plan for possible evacuation of Filipino workers in the Middle East amid the tension caused by US-Iran faceoff.

Under House Resolutions 641 and 642, Mendoza said workers group TUCP and TUCP Partylist as chair of the House of Representatives Committee on Overseas Workers Affairs (COWA) will have a special meeting on Monday, 13 January 2020 at 1:30pm, in Mitra Building, HOR, Batasan complex, Quezon City to look into circumstances around the murder of Villavende.

The congressional probe will also look into the discrepancies in the alleged employment contract of Jeanelyn with her Kuwaiti employer and the memorandum of agreement on the employment of domestic workers between Kuwait and Philippine governments, Mendoza said.

The committee will also look into the desire of OFWs in the region for a redeployment or relocation rather than repatriation in case the government raises coverage of Alert level 4 to cover other countries in the Middle East. Under Alert level 4, the government is directed mandatory evacuation of Filipinos plan in the light of the rising tension in the region.

“The special meeting with seek the facts around Jeanelyn’s death, how we can improve the implementation of government to government employment agreement and a binding employment contract of OFWs particularly those of Household Service Workers who are the most vulnerable of all OFWs. We hope the meeting will also help the committee create recommendations to the government about the evacuation of OFWs and how we can improve government welfare processes and systems for our OFWs,” Mendoza said.

Invited to Monday’s committee hearing as resource persons are the recruiter of Jeanelyn, the parents of Jeanelyn, the Department of Labor and Employment (DOLE), the Department of Foreign Affairs (DFA), Philippine Overseas Employment Administration (POEA), Overseas Workers Welfare Administration (OWWA), the National Bureau of Investigation (NBI) and the government agency atsk force in charge of the government evacuation of OFW in the Middle East, Mendoza said. 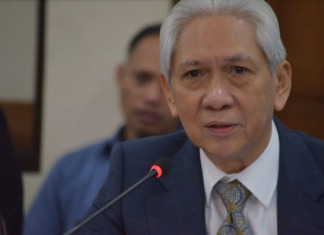