“I am really excited to return to the match court for the first time since my surgery,” wika ni Murray.

“Queen’s has always been a special place for me and it’s the perfect place to return. It’s where I won my first ATP match, my first title in Britain and on grass, and it’s been my most successful tournament overall.

“I’m not yet ready to return to the singles court, but I’ve been pain-free for a few months now. I’ve made good progress in training and on the practice court, and this is the next step for me as I try to return to the tour.” 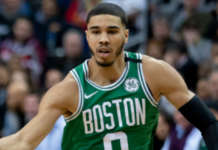