Ish Smith lifted the biggest chunk for the Bradley Beal-less Washington Wizards to frustrate the Boston Celtics, 99-94, inside the Capital One Arena.

The 6’0″ guard tallied a game-high 27 points along with four rebounds and four assists to outlast the Celtics who missed the service of Kemba Walker.

The off-shooting visitors never tasted the lead as their comeback ran out of clock in the fourth quarter.

Helping Smith to dispatch the Celtics was Jordan McRae who finished with 19 points, seven rebounds and three blocks.

Boston was pretty much in the lead in the team statistics but their miserable shooting especially from the outside cost them the game.

The starters put their usual numbers in the box score with Jaylen Brown putting 23 markers.

However, the clutch plays of McRae and Smith pushed the home team to get the W.

Wizards are currently in a bad spot heading to the All-Star break recording their only 13th win in 24 defeats while the Celtics suffered their 10th defeat. 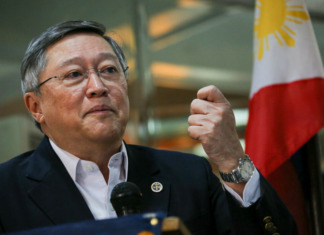