MalacaÃ±ang lambasted Kilusang Mayo Uno (KMU) and other allied groups for blaming the Administration to what they call labor ills in the country.

Presidential Spokesman Salvador Panelo lamented that KMU and allied groups seem to ignore the pro-labor initiatives of the President that resulted in him signing into laws beneficial to workers.

According to Panelo, “what seems to escape them is the truth that their anti-government activities could scare away foreign investors in the country resulting in job losses to the people they are fighting for and vow to protect.

The Palace spokesman narrated the Duterte Administration’s initiatives that improved the labor conditions of Filipino workers as laws and issuances signed by President Rodrigo Duterte that strengthen occupational safety and health standards (RA No. 11058), making work from home as an alternative work arrangement (RA No. 11165), increasing female workersâ€™ maternity leave period (RA No. 11210), providing a handbook on the rights and responsibilities of migrant workers (RA No. 11227), increasing the employment compensation funeral benefits for employees in the public and private sectors (EO No. 33), protecting the right to security of tenure of all workers (EO 51), increasing employeesâ€™ compensation benefits in the private sector and careerâ€™s allowance in the public sector (EO No. 54) and granting of gratuity pay to job order and contract service workers in the government (AO No. 2).

“It is also during the current government when the welfare and concern of our overseas foreign workers (OFWs) were given priority. We now have a one-stop service center for OFWs, a 24/7 OFW Command Center and an Overseas Filipino Bank. We have signed bilateral labor agreements with Cambodia, Saudi Arabia, United Arab Emirates and Kuwait, to name some,” Panelo said.

Panelo assured that the Filipino worker is the President’s most valued resource as labor is one of the engines that will propel the countryâ€™s growth and development.

“The Administrationâ€™s resolve is the promotion and protection of the rights and welfare of Filipino workers not only in the country but in foreign soil as well. We are committed in creating jobs as we look forward to welcoming more Filipinos in the workforce.” 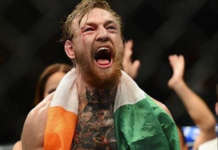 McGregor will be easier than Hatton says, Freddie Roach