After the successful NBA bubble, the league is back to start its campaign for the 2020-2021 season with its preseason action.

The NBA offered five matches for its first day, highlighted by the battle of Los Angeles.

The highly taunted title contenders, the Clippers, and the defending champion Los Angeles Lakers will see action along with its newly recruited players.

The Orlando Magic faced up the Atlanta Hawks to open the preseason, followed by the New York Knicks-Detroit Pistons game.

The Houston Rockets then will go against the Chicago Bulls to pave the way for the Clippers-Lakers match.

The daunting task is now more significant for the NBA than when it resumed inside the Florida bubble as all 30 teams will see action for the new season composing 72 games.

Familiar faces will be seen but with different team jerseys as the trade and free agency made a significant impact in the offseason while other players remained with their squad with a fresh new contract. 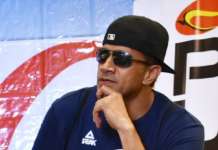