The Department of Labor and Employment (DOLE) said they will try their best to present new version of Security of Tenure Bill after President Rodrigo Duterte vetoed the bill sought to end contractualization in the county.

In his veto message, Duterte said the bill “unduly broadens the scope and definition of prohibited labor-only contracting, effectively prescribing forms of contractualization that are not particularly unfavorable to the employees involved.”

Labor Secretary Silvestre Bello III announced that they will draft a new version of the bill and will be presented to the Legislative Executive Development Advisory Council (LEDAC) on Monday, August 5.

Labor Secretary Silvestre Bello III gave assurances the new bill will retain the provision in the vetoed SOT bill for an Industrial Tripartite Council (ITC), vested with the authority to determine positions directly related to a company’s core business, and which cannot be outsourced. However, he did admit there are proposals for employers to be the sole determiner of what positions are directly related to their companies.

“After seeing several reactions from some sectors business and workers, we were directed to come up with proposals and that is the reason why Undersecretary Ana Dione and Assistant Sec. Benjo Benavidez were given the task of coming up with the advice or a new formulation of the security of tenure bill,” Bello said.

“I understand there is a LEDAC meeting. We hope to have a new version or formulation before Monday so it can be presented. Pag-aaralan namin ‘yun. In the meantime, pag-aaralan rin namin ng DOLE and find out what we can assimilate. Maraming version ‘yan. Meron ring version si Senator Bong Go,” he added.

Bello said they need to come out with an improved version of the measure, one that will incorporate the concerns of workers and businessmen.

According to Bello, they will also study the similar bills that will be filed in the Senate and House of Representatives. The labor chief even defended Duterte’s refusal to sign the SOT bill. 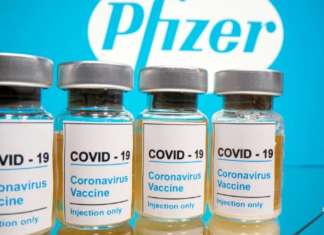