It looks like Damian Lillard will look to extend his hot touch from the outside until the All-Star in Atlanta come March 7.

According to reports, Lillard will participate in this year’s three-point shooting competition before starting the All-Star Game.

It would be the third time that the Portland Trail Blazers franchise player will compete in the said event. Will his third time be finally the luck to be named as the three-point shootout champion?

Known for his moniker “Dame Time,” Lillard’s name has been a buzz in the previous week due to his insane and clutch performances.

The guard has a heavier load on his shoulder as his backcourt tandem CJ McCollum continues to miss games due to an injury.

He is currently averaging 29.3 points per game, which is good as the fourth leading scorer in the league. His performances will also be likely to propel him into his sixth All-Star game appearances.

Lillard had an Orlando bubble to remember where he showcased his full arsenal to book the playoffs’ last spot.

He is continuously proving that he is a top point guard in the league as he put Portland in fourth place in the West with still plenty of games left.

DOH confirms SARS-CoV-2 mutations in Region 7; says ‘no harm’ to public yet 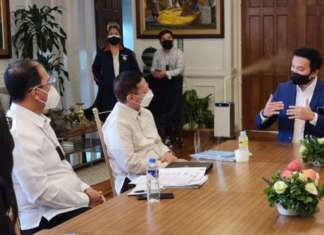