After Tyson Fury and Deontay Wilder rocked the sports world with their instant classic, the hype poked interest to some, especially in the UFC.

UFC President Dana White has been a prominent critic of the sport; however, most stars are now thinking of shifting to the square ring for more considerable money.

The latest to voice out was reigning heavyweight king Francis Ngannou.
“Well, it [MMA] is more difficult [than boxing]. I feel I should not need to borrow money for my training camp,” he said on The MMA Hour.

He may have what it takes to cross-sport as he has a background in boxing growing up.

“First of all, boxing is my background, and Boxing was my first love for a very long time,” he said in a previous interview.

“For more than ten years, I have been loving boxing without even knowing what MMA was,” he continued. “Then, I get in MMA by opportunity, but still boxing lover. So, I think, at some point, I can end up crossing paths with that dream.”

One of the famous people to cross-sport was Conor McGregor, who bagged tons of dollars with his fight against Floyd Mayweather Jr. 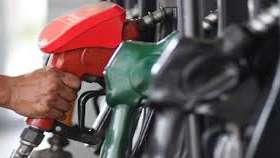