The Golden Boy Promotions President Eric Gomez revealed he is still worried about the upcoming fight of Saul “Canelo” Alvarez and Sergey “Krusher” Kovalev for the WBO light heavyweight title in November 2nd at the MGM Grand Arena in Las Vegas.

“You know, I’m still worried. Look at him, he’s a big guy,” Gomez said referring to Kovalev on a short interview during the Grand Arrivals of the boxers.

The 36-years old light heavyweight champ stands at six feet tall while Alvarez is at 5’8”.

“I’m worried about him [Canelo] jumping two divisions. [Kovalev] He’s a big guy, has a powerful jab and one punch can end it,” he added.

Alvarez is a natural middleweight wherein he is hailed as the best pound-for-pound boxer.

He then skipped the super middleweight and went right at the light heavyweight division to challenge the Kovalev.

In numbers, the 29-year old Canelo will be adding 15 pounds to his weight to achieve the 175 pounds requirement.

Alvarez is a three-division world champion and is vying to make a history of becoming the first Mexican boxer to win belts in four different divisions.

He is currently holding a record of 52 wins with 35 knockouts, one defeat, and two draws.

On the other hand, Kovalev is known as the best active light heavyweight fighter.

The Russian has a record of 34 wins including 29 knockouts, three losses, and one draw.

Despite the speculations on whether Canelo can keep his power, skill, and speed on a much heavier weight, analysts concluded that body shots will be the key to his success while Kovalev has to look for the knockout with his reach advantage. 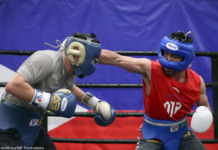 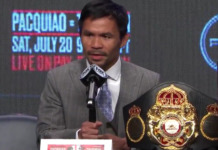