Simon said that the remaining 5000 metric tonnes of Korean garbage causing fires and a big danger to the environment of Misamis Oriental.

In a text message, Simon complained that Korean Ministry of Environment is very slow.

“Last June 8 Korean Environment officials came to the to discuss the process of returning the garbage to Korea unfortunately the vessel that is suppose to pick up the garbage has not yet been identified by the Government,” said Simon.

The MICT official also urged Seoul’s Health and Environment Department to fast track what they’ve promised to the Duterte Administration.

“Because of the threat to Health and Environment it is high time put pressure on the Korean Government To fast-track the process of repatriation of the Korean garbage now”, added Simon.

Uy was also responsible for the creation of several House Bill banning the importation of garbage in the Philippines.

The lawmaker expressed confidence that she will get enough support for such bills because of the big impact on health and environmental issue in connection with Verde Soko’s garbage anomalies.

EcoWaste coalition speculated that a possible sabottage happened when the fire razed tonnes of illegal imported waste of Verde Soko.

Recently, Aileen , national chairman of the group appealed to Bombo Radyo Cagayan de Oro that they have sent a letter to South Korean President Moon Jae-in to address the issue. 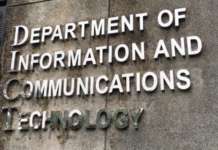 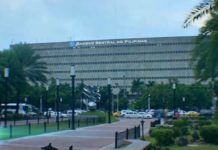