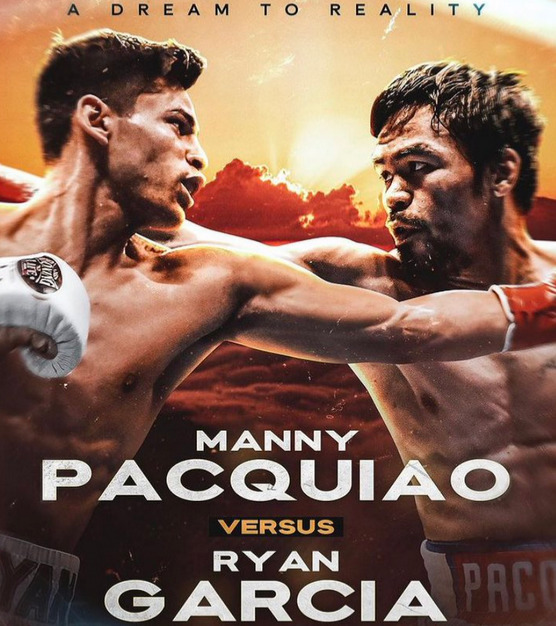 It seems that Ryan Garcia will do whatever he can to catch his idol Manny Pacquiao’s attention.

The bright rising star uploaded a fight poster of him and Pacquiao on his official Instagram account with 8.3 million followers in a bid to land a fight with the Philippine senator.

“A dream turned reality. It’s an honor to share the Ring with @mannypacquiao. I will always respect what you did in and out of the Ring. Here’s to the best Man Winning,” Garcia wrote.

The unbeaten (21-0, 18 KOs) American has been vocal of his admiration to the only eight-division world champion. He added that he wanted to share the ring with him to “pass the torch.” As he believes he will be the next face of boxing.

Garcia and Pacquiao share similarities. The speed and the power are standard.

However, the younger Garcia proves to have better power with his knockout power at this current stage of his career, although he hasn’t fought in any title match yet.

The other obvious hindrance to his dream fight is their division. Garcia is currently in the lightweight division, while Pacquiao is comfortably fighting in the welterweight.

Garcia needed to go up one division if he wishes it to happen.