BAGUIO CITY – An Igorota muaythai artist plans to win her first gold medal in the upcoming Southeast Asian (SEA) Games as she will compete on the said biennial regional multi-sport event.

As a member of the muaythai national team, Islay Erika Bomogao will be the country’s representative for the 45kgs female division on muaythai. It is one of the combat sports featured in SEA Games.

Bomogao has been doing her training outside of the country for almost two months alongside with her team in preparation for the 12-day sports meet.

Bomogao said that she had been celebrating her birthday for three consecutive years away from her family because she needed to fulfill her duties as an athlete.

Last week, she celebrated her 19th birthday where her wish is for Team Pilipinas to win on SEA Games.

Bomogao, daughter of a councilor in Baguio City, is a gold medalist at the 2018 International Federation of Muaythai Associations World Youth Muaythai Championship held in Thailand. She was also a gold medalist on 2017 1st World Martial Arts Masterships in Jincheon, South Korea.

The student-athlete is currently doing her training with Team Lakay wherein they are helping her to enhance her martial arts skills under the supervision of 2001 SEA Games wushu gold medalist coach Mark Sangiao. Sangiao is also the head coach and founder of one of the best MMA Gyms in Asia.

Aside from muaythai, Bomogao was also a representative in her high school on different martial arts like wushu and Pencak Silat.

The 19-years old athlete holds the Professional MMA Record with 2 win 0 loss and ranked No. 20 on the Asia Southeast Women’s pound-for-pound on MMA’s website Tapology. 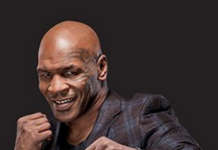 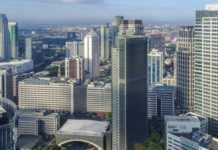 Domestic liquidity continues to expand in May – BSP