American hitmakers David Pomeranz and Jim Brickman are thrilled to announce their first-ever team-up concert as a special treat for their fans this Valentine season.

In Star FM Bacolod’s exclusive video conference with David Pomeranz and Jim Brickman, this talented duo expressed their intention to communicate their sympathy to everybody who is in grief, in despair, and experiencing hardship during the prevalent Sars Cov-2 and to inspire them through a virtual concert.

”It’s for Valentine’s Day, it’s Valentine’s season and we want to convey the love in our songs. And to remind them that life is beautiful, it can be beautiful as we make it. We want to help make it more beautiful,” said Pomeranz over Star FM Bacolod.

Brickman, meanwhile, teased Pomeranz that he felt miffed with the latter after a three-hour rehearsal caused him to unconsciously play the singer’s song in his mind over and over again. Both expressed their excitement for the anticipated event which fans all over the world can watch through an exclusive zoom link on February 20, 2021, at 9 pm in the Philippines.

”I was like, oh my gosh! I didn’t tell him this yet. I’m just gonna email you about this David but I was a little bit annoyed with you because these songs keep going around in my mind every time. You know, Born For You is going through my mind, ” Brickman says of Pomeranz.

Pomeranz is known for the soundtracks “King and Queen of Hearts,” “Born For You” and “Got To Believe In Magic.”

While Brickman enjoys the same limelight for his compositions – “The Gift,” “Valentine,” “Destiny,” among others.

Filipino fans are invited to experience this rare collaboration where the two legendary composers will be sharing one stage with their pianos facing towards one another as they relive the nostalgia of love songs. 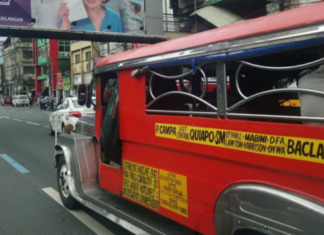