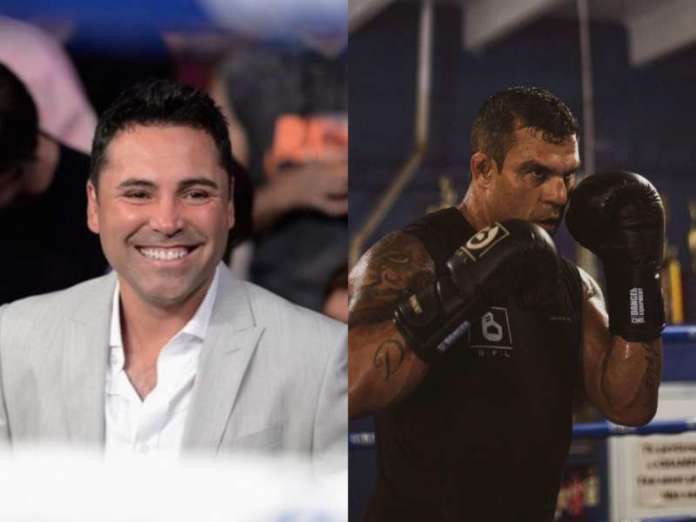 Oscar De la Hoya is not just returning to boxing; he is about to do something different as he is planning to weigh 10 pounds below the 185 pounds limit for his fight against UFC legend Vitor Belfort.

His decision, if ever he did, he said, will have pros and cons on their September 11 match.

The Golden Boy is currently at 180, and he still has plenty of time left to trim five more pounds for his desire weight.

The pros of this are that he will be faster and move side-to-side much quicker to evade and hit his opponent. On the other hand, it would be less of defense if a power punch hit him by Belfort.

So still, it would come down to his strategy.

“I’m the underdog because the bettors don’t believe in me, but I finally put the train back on the rails,” he said.

“I’m not a betting man or a gambler, but I would put a lot of money on me. I’m going to surprise people with how I do it. I’ve been training smart. I’ve been very motivated in training since we opened camp.”