NEW YORK CITY– New York Gov. Andrew Cuomo has signed a new law that mandates all public schools across the city to offer a moment of silence every year as the country commemorates the anniversary of 9/11 attack.

Today marks the 18th anniversary of one of the darkest event on America’s history.

The law is expected to “encourage dialogue and education in the classroom” and ensure future generations to understand the importance of the 2001 terrorist attack that too the lives of almost 3,000 people.

Cuomo said, “9/11 was one of the single darkest periods in this state’s and this nation’s history, and we owe it to those we lost and to the countless heroes who ran toward danger that day and the days that followed to do everything we can to keep their memory alive.”

“By establishing this annual day of remembrance and a brief moment of silence in public schools, we will help ensure we never forget — not just the pain of that moment but of the courage, sacrifice, and outpouring of love that defined our ” he added.

“The average school-age citizen in New York may have no personal recollection of these events, having not yet been born in 2001, making it imperative that our public education system take the time to educate students in both the loss and heroism experienced on 9/11,” said Addabbo.

In the upcoming years, there will be no students in public school system that were born at the time the attack happened, the lawmaker wanted to make sure that both the victims and those that risked their lives to save other people will never be forgotten.

“By mandating a brief moment of silent reflection every year, we may ensure that future generations will better understand this day and its significance in our history,” said Amato. 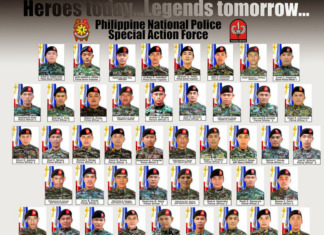