Filipino boxer Mike Plania got the first crack of victory for the Philippines after scoring a majority decision victory over Joshua Greer.

Plania also known as the “Magic Mike” improved to 24 wins with only one defeat en route to his ninth straight victory.

The General Santos native put Greer on the canvass twice to turn the tides and grabbed the upset win.

Plania was also the first Filipino to fight again inside the boxing ring since the pandemic coronavirus happen.

According to the winner, he is already ready to go for a title match but would leave the decision to his manager. 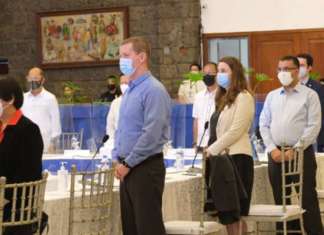