Japanese superstar Naoya Inoue took no time to respond to John Riel Casimero after being called out and cursed.

“You won’t be able to hit me with such a big swing,” Inoue wrote on Twitter in Japanese characters.

Casimero fired tirades on the post-fight press conference moments after he defended his WBC bantamweight belt against Duke Micah.

Casimero talked a lot about Inoue as his desired next fight.

He even said that his moniker should be changed from “Japanese Monster” to “Japanese Turtle.”

Although his victory was impressive, many criticized the comments Casimero made over Inoue.

However, it is looking like Casimero remains frustrated for not getting the fight against the Japanese superstar who defeated fellow Pinoy boxer Nonito Donaire Jr.

As of the moment, the Casimero-Inoue fight is still unclear as the talks were called off.

Negotiation could start any time from now, but Casimero will still need to wait as Inoue has already a set opponent soon.

Will those written trades be the spark to ink their match?

As Inoue responded, he concluded that Casimero couldn’t win against him using reckless punches.

Casimero can be compared to how Keith Thurman fight but with more rhythm.

Should Casimero change his techniques? Well, it all depends if the fight is going to happen. 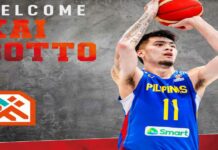