UFC superstar Conor McGregor was pretty confident that he has evolved into a better boxer than he was three years ago.

The Irish, who once fought Floyd Mayweather Jr., in 2017, his first professional boxing match, took Twitter his eagerness to showcase his talent inside the ring.

“They won’t let me fight again in 2020. But, yes, that boxing bout was three years ago now. I am infinite times better than I was then. No question! Excited to show ! Only got 40 seconds out the last time,” he tweeted.

Fans were thinking, what if McGregor was able to do that to Mayweather.

However, McGregor will not have his chance of a rematch against the American. Instead, he was reportedly going to fight Manny Pacquiao. Mayweather’s rival.

The match can quickly become a reality because both athletes are under the Paradigm Sports right now.

They were initially expected to fight in the first quarter of 2021. Still, the UFC halted the excitement as they revealed that McGregor accepted an MMA fight in January against Dustin Poirier.

MMA and boxing are very different from each other.

How will McGregor cope up with the changes if he will genuinely fight Pacquiao?

How good is the “better” he is claiming?

All we saw in the 2017 fight was entertainment. Not a clash. Not a warrior with the intent to destroy his opponent.

They cashed in tons of dollars. But McGregor should realize that Pacquiao is very different than Mayweather. He never fights to make people laugh and feel happy.

Pacquiao is a destroyer inside the ring.

We’ve seen footage of McGregor’s recent boxing training. However, from what we saw, it was not convincing at all.

Just by looking at how he threw punches will make you feel disgusted. His stance is awful. So how come he was able to say he is way better now? 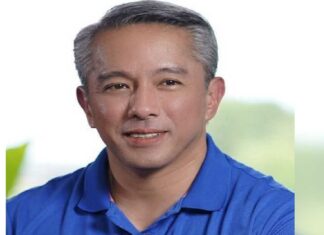