It was found near the proposed Children’s Park Purok Oma early Monday morning, the police said.

Residents of the said barangay found the explosive that contains two grenades, an improvised grenade launcher, and an M203 bullet. The quickly reported it to the officials.

The city’s Explosive Ordinance Disposal Team abruptly responded to the scene where they found the explosives hidden inside of “puso ng saging.”

Authorities are now conducting thorough investigation to know the motive behind the act.

Meanwhile, Philippine National Police (PNP) thanked the public for their cooperation on reporting the explosive to the authorities.

(With reports from Star FM Cotabato) 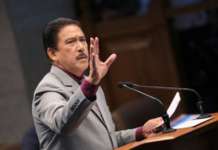