Thank you for your time this evening. We discussed the investigation into the unauthorised disclosure of information from the National Security Council meeting on 23 April.

This is an extremely serious matter, and a deeply disappointing one.

It is vital for the operation of good government and for the UK’s national interest in some of the most sensitive and important areas that the members of the NSC – from our Armed Forces, our Security and Intelligence Agencies, and the most senior level of government – are able to have frank and detailed discussions in full confidence that the advice and analysis provided is not discussed or divulged beyond that trusted environment.

That is why I commissioned the cabinet secretary to establish an investigation into the unprecedented leak from the NSC meeting last week, and why I expected everyone connected to it – ministers and officials alike – to comply with it fully. You undertook to do so.

I am therefore concerned by the manner in which you have engaged with this investigation.

It has been conducted fairly, with the full co-operation of other NSC attendees.

They have all answered questions, engaged properly, provided as much information as possible to assist with the investigation, and encouraged their staff to do the same. Your conduct has not been of the same standard as others.

In our meeting this evening, I put to you the latest information from the investigation, which provides compelling evidence suggesting your responsibility for the unauthorised disclosure.

No other credible version of events to explain this leak has been identified.

It is vital that I have full confidence in the members of my cabinet and of the National Security Council. The gravity of this issue alone, and its ramifications for the operation of the NSC and the UK’s national interest, warrants the serious steps we have taken, and an equally serious response.

It is therefore with great sadness that I have concluded that I can no longer have full confidence in you as secretary of state for defence and a minister in my cabinet and asked you to leave Her Majesty’s government.

As you do so, I would like to thank you for the wider contribution you have made to it over the last three years, and for your unquestionable personal commitment to the men and women of our Armed Forces.”

It has been a great privilege to serve as Defence Secretary and Chief Whip in your government. Every day I have seen the extraordinary work of the men and women of our armed forces, who go to incredible lengths to defend our country.

I am sorry that you feel recent leaks from the National Security Council originated in my department. I emphatically believe this was not the case. I strenuously deny that I was in any way involved in this leak and I am confident that a thorough and formal inquiry would have vindicated my position.

I have always trusted my civil servants, military advisers and staff. I believe the assurances they have given me.

I appreciate you offering me the option to resign, but to resign would have been to accept that I, my civil servants, my military advisers or my staff were responsible: this was not the case.

Restoring public confidence in the NSC is an ambition we both share. With that in mind I hope that your decision achieves this aim rather than being seen as a temporary distraction.

As I said there has been no greater privilege than working with our armed forces and I will continue to stand up for our service personnel and the superb work they do.” 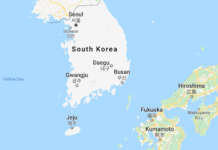