Sources said that it is still too early to conclude that Avigan is an effective drug treatment for coronavirus patients.

Clinical trials are being conducted on 86 people infected of the virus which are currently admitted in Fujita Health University Hospital in Aichi prefecture and other medical institutions.

The patients were divided into two groups. Avigan was given to the first group on theirfirst day in the hospital while the other group received the same drug on their sixth day.

Japanese health minsitry has announced its plan to expedite the approval process for Avigan.

Avigan is an anti-flu drug developed by a Japanese company. 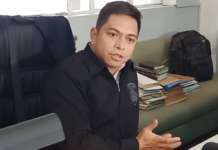