Although MalacaÃ±ang has given them a date, Arroyo declined to specify when.

The President, according to Arroyo, is probably just finalizing on which items will be vetoed in the national budget.

Until the President signs the budget for this year, the government will continue to operate on a reenacted budget. 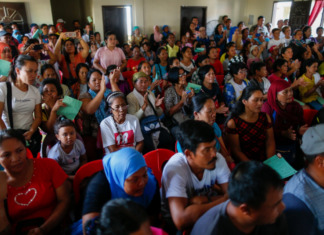 With the free agency already in roll, the NBA teams have either buff up or went naah.So with the trades picking up...