GENERAL SANTOS CITY – A 25-year old woman suffered from various injuries Monday after falling from a ferris wheel at the Flomlok Festival in Polomolok, South Cotabato.

The town was celebrating its 73rd anniversary.

In an information gathered by Bombo Radyo Gensan, the victim was about to descend from the carriage but its door abruptly opened.

The rides operator assured they will help the victim’s family on paying the hospital bills. The woman is now in stable condition, the hospital confirmed.

However, the local government unit of Polomolok city warned the carnival operators to the safety of each to avoid such incidents to happen again.

(With reports from Bombo Radyo GenSan) 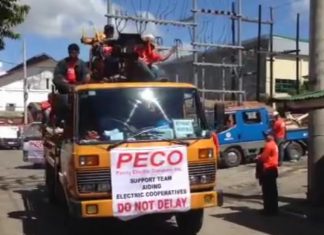