The local government of Rizal, Laguna has declared a state of emergency following a series of death cases where eight residents of the said town died after drinking lambanog.

At least 60 victims were rushed in East Avenue Medical Center while 100 patients are admitted to Philippine General Hospital.

According to Rizal Mayor Vener Muñoz, the Sangguniang Bayan is expected to release a budget to help with the victim’s hospital and funeral expenses.

Laguna Municipal Health Office said in seven died in Rizal town, while three died in Nagcarlan, Laguna. Aside from those who died in Laguna, one person also died in Candelaria, Quezon due to methanol poisoning caused by the lambanog.

Based on initial information, the drink contains 11% of methanol instead of only 1%.

Police Staff Sgt. Ronald Balbuena confirmed that they already reached out to the supplier promised to cooperate with the investigation.

Laguna Gov. Ramil Hernandez has banned the sale of lambanog in the entire city while the investigation is still on-going. 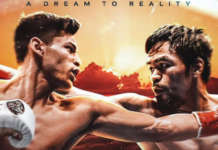