“I’ve got calls to get back into the ring, but my health is my wealth,” wika ni Mayweather. “Boxing is a very, very brutal sport. In the last few years a lot of fighters have died inside that squared circle. You have got to know when to hang it up. I had a great career.”

“I’ll still travel and do exhibitions. I make great money doing exhibitions — between $10 and $30 million,” ani Mayweather. “I think I make more doing that than most fighters make fighting.”

“We gave the MMA sport a boost,” sambit ni Mayweather.

“Eventually I will move on to build my brand in MMA but for right now I’m in boxing, and boxing will always be at the top as long as I’m involved. My career went great. I’m happy with how everything played out.” 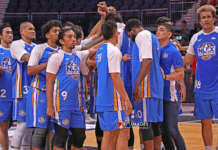