The President’s economic team has reached a compromise with the Senate on the levels of pork import tariff rates and minimum access volume (MAV).

The Senate has accepted the economic team’s recommendation that the tariff rates under Executive Order (EO) No. 128 be modified.

The recommended revision is necessary to arrest the inflationary impact on millions of Filipino consumers due to the dwindling pork supply, secretary Dar said.

“This is an urgent short-term measure. We are still aggressively taking steps to help the domestic industry recover from ASF. These include the ‘Bantay ASF sa Barangay’ and its twin hog repopulation program. The Land Bank of the Philippines and Development Bank of the Philippines are setting aside P30 billion and P12 billion, respectively, to lend to commercial swine raisers. But these long-term measures take time. We need an immediate strategy to temper the current high pork price situation,” Dar saidThe economic team met with Senate President Vicente C. Sotto III four times — on April 28, April 30, May 3, and May 4 — to discuss a middle ground.

“Given that we have reached a compromise, we will act without delay to reflect the features of the compromise in a corresponding executive issuance,” Dar said.

The DA chief will submit the revised pork import tariffs to the National Economic and Development Authority (NEDA) Board, through Secretary Karl Chua. The NEDA Board will in turn make the final recommendation to the Office of the President.

“We appreciate the quick resolution of this issue. A problem of this scale, especially when incomes and job opportunities have declined, needs immediate and urgent action,” 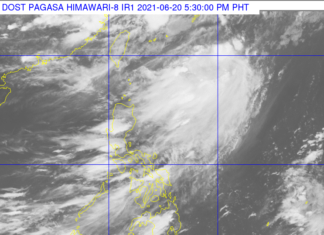