The chase is over for YouTube personality Logan Paul as Floyd Mayweather Jr. agreed for a super exhibition fight between them scheduled on February 20, 2021.

The retired unbeaten boxer announced the news on his Instagram account with a matching fight cover photo with Paul.

It was 2019 when the first wave of the rumor came out.

However, it was immediately shot down by Mayweather back then.

Progress about the fight surfaced in recent months. Now it was Mayweather who endorsed what he dubbed as the “super exhibition match.”

Details on the venue have yet to come out.

The fight was possibly hit the green light. After the positive outcome of the recently concluded exhibition match of Mike Tyson and Roy Jones Jr.,

Will this fight be another easy pocket-filled match for Mayweather before he flies to Japan to do another exhibition match?

Mayweather may also fight to revenge his ‘brother’ Robinson after he defended the former SlamDunk champion against the bashers and fellow NBA players who made fun of the knockout.

“Nate, I’m proud of you, and I will always stand behind all my brothers. I will never kick my brother when he’s down. It’s ok for people to voice their opinions on social media, but no black athletes or black entertainers, especially black NBA players, should make a mockery out of you,” he wrote. 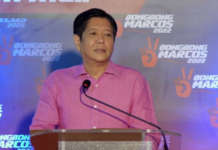 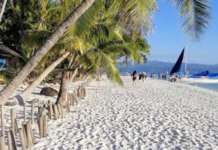