Deontay Wilder expects nothing but to knockout Luis Ortiz on their much-anticipated rematch to again defend his belt scheduled on November 23rd at the MGM Grand Arena in Las Vegas.

The world heavyweight champion, Wilder, is confident he will put Ortiz on sleep to settle the debate after his victory in their first faceoff.

“I’m going to knock out Luis Ortiz on November 23,” he told Sky Sports.

Their first meeting was attended by thousands of spectators inside the Barclay’s Center in Brooklyn with Wilder winning via tenth round stoppage.

“The first fight with Luis Ortiz was a ‘Fight of the Year’ candidate,” he said in an interview with Sky Sports. “Gathering much hype, Wilder is certain their rematch will be the same or even greater.”

However, Ortiz was contesting that he should’ve won if the eight-round started right away.

Wilder was hurt in the seventh round due to Ortiz’s attacks and was given short timeout before the start of the eight to check whether he can still continue the fight.

Ortiz felt that it gave Wilder the chance to recover that resulted in his 10th TKO defeat.

Aside from the belt, Wilder will also put his undefeated card. Ortiz meanwhile, suffered his first defeat on the hand of Wilder on their first fight.

IRC, Red Crescent appeals for $3.19-B to curb COVID-19’s spread and assist world’s most vulnerable amid the pandemic 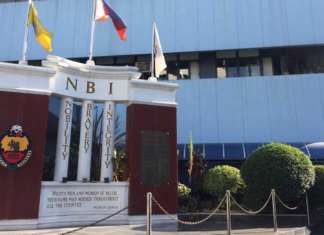