NAGA CITY – Prosecution is certain that they have adequate basis to prove that Sen. Jinggoy Estrada committed the controversial pork barrel scam.

Based on the nine pages comment by the Office of the Ombudsman last February 27, they requested for Sandiganbayan 5th Division to dismiss the motion of Estrada’s camp regarding its plunder case.

The prosection pointed out the contents of Anti-Money Laundering Council (AMLC) report wherein the former lawmaker received almost P70 million from his transaction with Pauline Labayen, Carl Dominic Labayen and Juan T. Ng, based on the record of daily disbursement reports (DDR).

â€œSuch verification and confirmation by the AMLC is nothing less than corroborative to the testimony on record that indeed Estrada received kickbacks/commissions, therefore amassing, accumulating and acquiring ill-gotten wealth.â€

They also have sufficient evidences to prove that Estrada claimed more than P55-million which is also based on the computation made before by anti-graft court.

Back in 2017, Sandiganbayan allowed the former senator to bail P1.3-million.

In today’s time, the case is still on-going despite of his senatorial campaign for May’s election. 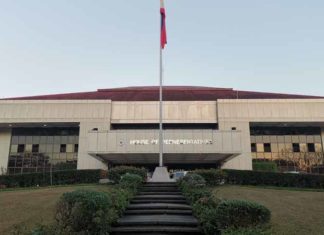