“Oh, for Joshua it was a terrible day, and for Ruiz it was a great day,” wika ni Golovkin. “That’s how it was on that night.

“There were various links in the chain. It was Joshua’s first fight in the United States, his first in Madison Square Garden, his first with different doping tests to take. That was probably a big lesson and an important lesson for Joshua to learn.

“Also, Ruiz I trained together with. I am not surprised about this result.

“I could say a lot (about that fight). It depends on your attitude.”

“It’s been a long road and a long time coming,” wika ni Rolls. “I am more than ready to take on this huge task and the opponent presented in front of me. I look forward to solidifying myself as one of the best in the division.” 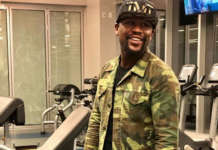