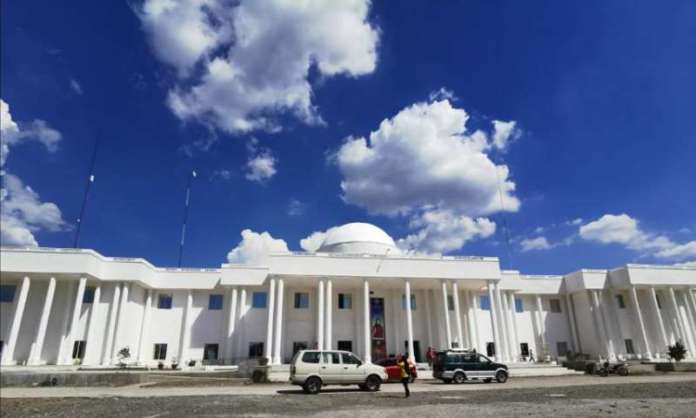 House Bill No. 6413, sponsored by the chairman of the Committee on Local Government Sen. Francis Tolentino, seeks to divide the present Maguindanao province to pave the way for the creation of two provinces.

Tolentino said the measure seeks to accelerate the political, social, and economic development of the new provinces and ensure that government services are more accessible and more responsive to the needs of their respective constituents. On a broader perspective, the creation of more public offices as a consequence of the division will further expand the democratic space for qualified and dedicated public servants to participate in the governance of the provinces.

Tolentino noted that Maguindanao has a population of 1,173,933 based on the 2015 official population count of the Philippine Statistics Authority and an estimated average annual regular income is P714.56 million as certified by the Bureau of Local Government Finance. Moreover, Tolentino pointed out that the two new provinces likewise comply with the minimum land area requirement of 2,000 km2 (200,000 hectares) as certified by the Land Management Bureau.

According to Tolentino, Maguindanao is blessed with rich and abundant natural resources. Despite the existence of this vast potential, political and economic barriers persist. The size of the province remains to be a challenge for the provincial government to provide basic services like public health care, education, and transportation to the most remote villages.

In his co-sponsorship speech, Sen. Ramon Bong Revilla Jr. said the legislative measure is “an embodiment of the aspiration of our brothers and sisters in Maguindanao to create a new province.”

For his part, Sen. Joel Villanueva said that through this legislation he is co-sponsoring, he is one with the leaders of Maguindanao in accelerating their economic progress while ensuring lasting peace and stability for their fast growing population, which is projected to reach 1.4 million in 2023.

The House of Representatives passed on third reading said measure on June 1, 2020.