The Commission was made aware of YouTube videos circulating in the internet featuring Mr. Bong Cagape’s YouTube Channel, where Mr. Joel Apolinario stated that all the cases against him and KAPA including those for violation of the Securities Regulation Code have been dismissed.

Furthermore, Mr. Camingawan stated that said dismissal will render the Cease and Desist Order issued by the Commission as void.

To set the record straight, on the contrary, all cases filed by the Securities and Exchange Commission against KAPA have not been dismissed but are still pending in various courts.

Mr. Apolinario, et. al., are also facing separate charges for syndicated estafa for which the Cagayan De Oro Regional Trial Court Branch 21has issued a warrant of arrest for such non-bailable offense.

The public is hereby warned to exercise caution in viewing these kinds of YouTube video posts, as they have been found to contain false reports.

Moreover, KAPA through its counsel on record has previously disclaimed authorizing the publication of a myriad of posts on social media claiming that only authorized officers of KAPA, namely Rene Catubigan and Ronnie Garay may speak on behalf of the entity.

We further reiterate that on 14 February 2019, the Commission en banc issued a Cease and Desist Order against KAPA, the respondent Joel A. Apolinario and those acting for and in behalf of KAPA.

The dispositive portion of said Cease and Desist Order reads, as follows: “WHEREFORE, premises considered, KAPA COMMUNITY MINISTRY INTERNATIONAL, INC., KAPA KABUS PADATUON (ENRICH THE POOR), KAPA/KAPPA (KABUS PADUTOON) KAPA-CO CONVENIENCE STORE AND GENERAL MERCHANDISE, KAPA WORLDWIDE MINISTRY, and/or Mr. JOEL APOLINARIO, their partners, officers, directors, agents, representatives, conduits, assigns and ANY AND ALL PERSONS CLAIMING AND ACTING FOR AND IN THEIR BEHALF are hereby ordered to IMMEDIATELY CEASE AND DESIST UNDER PAIN OF CONTEMPT, from engaging in activities of selling and/or offering for sale securities in the form of investment contracts in the guise of a donation or any other forms of the same nature, as discussed above.

Furthermore, the subject entities and individuals are directed to CEASE from promoting its investment scheme through the internet and/or delete or remove immediately the promotional presentation of such investment scheme from the websites.

Moreover, to forestall grave damage and prejudice to all concerned and to ensure the preservation of the assets for the benefit of the investors, respondents or any of their representatives, or any person/s acting for and in their behalf, and such other persons directing or controlling the activities of such corporation, officers, representatives, salesmen and agents, are all ENJOINED from

a) transacting any and all business involving the funds in its depository banks, and

b) from transferring, disposing or conveying in any other manner any and all assets, properties, real or personal, and including bank deposits, if any, of which the named persons herein may have any interest, claim or participation whatsoever, whether directly or indirectly, under their custody, immediately upon receipt of this order, until further orders from this Commission.”

The said Cease and Desist Order was made permanent and is still in full force and effect up to the present.

Further, on 3 April 2019, the Commission En Banc rendered a Decision revoking the Certificate of Registration of KAPA.

For the guidance of the public. 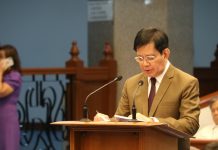 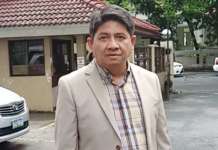 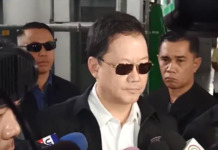 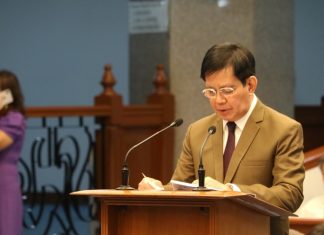