“I’m over the moon. I still can’t believe that I have the nomination. It’s insane. Prior to ‘Days’, my life was dedicated to music as you all know. It was totally unexpected.”

“Working on the show was amazing. I almost passed up the opportunity because I was solely dedicated to my singing. That was what I was completely committed to. Prior to that, I had no training in acting. I was thrown in in the deep end, working with these Emmy winners and nominees. It was definitely intimidating and honestly quite terrifying. The cast was so welcoming and so supportive as a family. They kept me really inspired to challenge myself, to grow and learn as an actor.”

“Haley was initially written as pure Chinese before I was casted as her, and then she became half-Filipina. She also wasn’t supposed to sing. She wasn’t written as a singer. During the audition, I sang a little bit and they decided to write that in as well. I ended up doing a couple of duets with my love interest on the show, who is played by Casey Moss. It was definitely an honor to be able to tell a story so raw and so relevant, and also representing the Filipino community.”

“Music made me. The plan is to juggle both my music and my acting career. I think that they both compliment each other really well. Ever since I started acting, I’ve been more in tune with my emotions. It’s helped a lot with my music and my songwriting. I can’t see myself going without either.”

“Maraming salamat sa inyong lahat, for all your love and support. I’ve always carried it with me for all these years. I love you guys. I hope to see you all soon. I’m keeping my fingers crossed that it will be soon. I will do my best.” 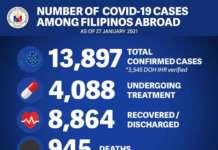 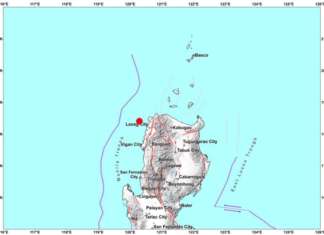